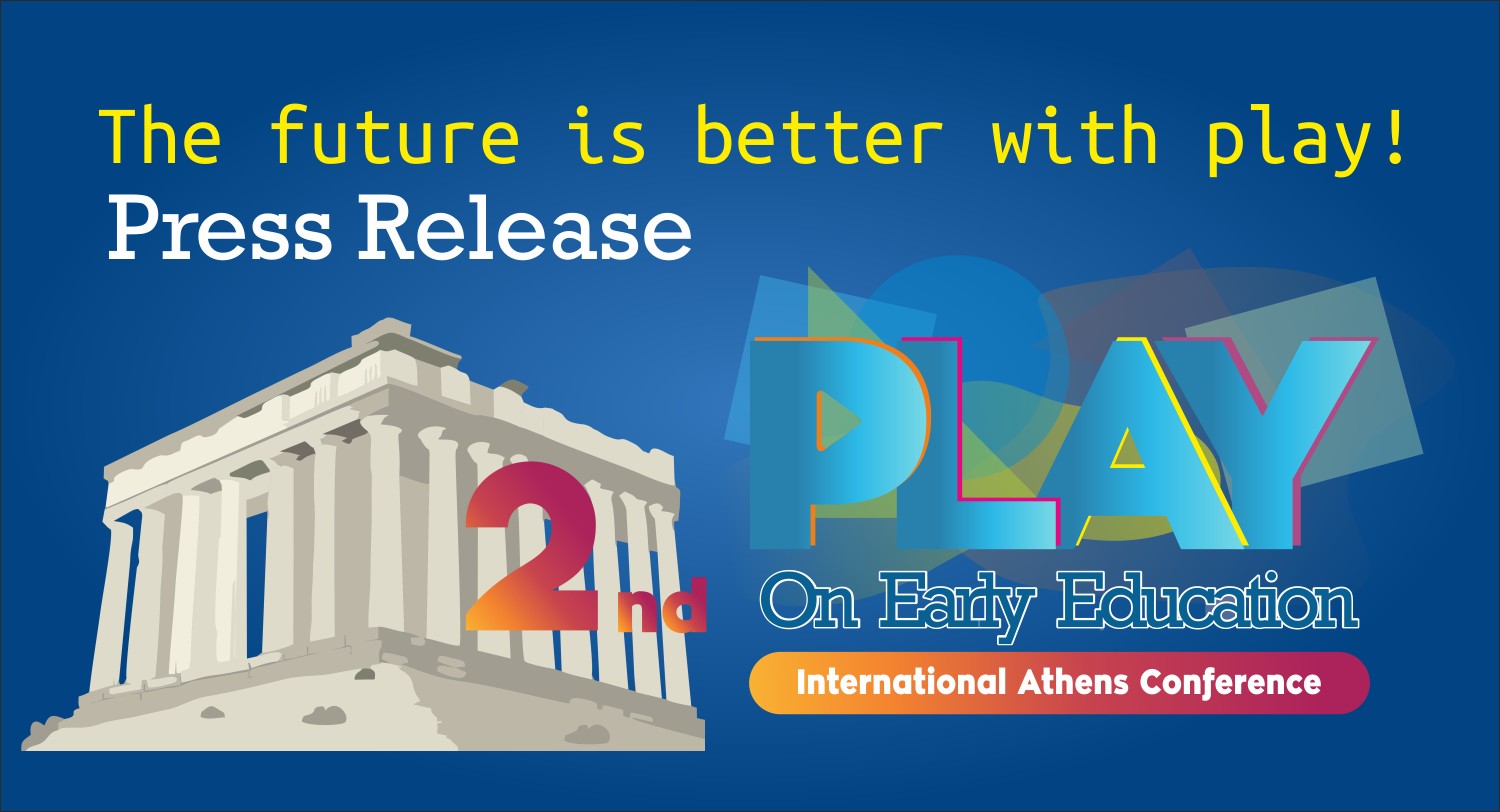 Athens becomes once more the epicenter of pedagogical science. After the first successful international conference on the importance of play in the Education of very young children (Play on Early Education), that took place in April 2019 at Serafio City of Athens (Echelidon 19 & Pireos 144), and attracted participants from 24 countries, the same venue will host the 2nd International Athens Conference ‘Play on Early Education’, 27-30 April 2022 with speakers and delegates from around the world.

This year's Conference aim is to explore the role and form of Play in Education; a field that is changing rapidly and adapting to the demands of the future world.

World-known speakers are expected to attend the Conference, as it happened in the first one, when the famous Dr. Peter Gray, Suzanne Axelsson (the popular Swedish Pedagogical Consultant), Tom Hobson (aka "Teacher Tom" from Seattle) and Meynell Walter (UK), participated all together in the same event, for the first time.

The Conference will also feature experiential Workshops, whereas about 150 people will attend in person (according to the Covid19 regulations) and 200-300 will participate virtually.

The Conference is held and organized by the distinguished play-based preschool & kindergarten Dorothy Snot.

Dorothy Snot is a Greek school for very young children (1-6 years old) with its own educational philosophy, which focuses on the experiential discovery of the world through playing, trust, respect and freedom.

This email address is being protected from spambots. You need JavaScript enabled to view it.